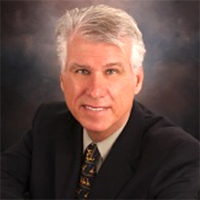 Tim Ewell is a man with successful experience in many fields. He began his working career at age 8 as a shoe salesman in his fathers shoe store.  From that beginning he has been a Professional Photographer, a pilot, a manager,  a salesman and the owner of several successful businesses.

Through it all he has held his love for aviaiton.  He served in the US Army in Vietnam as a Recon Airplane Pilot and later as a VIP pilot for the Pentagon and White House.  He became the Chief of Aircraft Maintenance for the Military District of Washington.

After leaving the military he completed his degree at Embry-Riddle Aeronautical University.  He went on to be an executive pilot, and aircraft salesman and then purchased his first business, an FBO in Olympia Washington.  He grew this company from less than $500,000 to over $3Million in sales in just two years.

He then went on to be a Television Producer and Director.  At the same time he worked as a state lobbyist in Juneau, Alaska and was active in the political arena. In that time frame he was also active as an aircraft repossession specialist helping to recover assets for numerous financial institutions.

Later he went back to full time aviation and served as a Chief Pilot and Director of Operations within Corporate Heavy Jet area and has been an executive pilot to notable individuals around the world.